From April 30 to May 4, the Greek island of Rhodes hosted the World Youth Rapid and Blitz Chess Championships. An excellent result was achieved by the leader of our club, the current European U-16 rapid chess champion Sofia Blokhin, who won bronze medals in both championships among U-16 girls. Both tournaments were not easy. Defeats at the start from opponents with significantly lower rating immediately put Sofia under pressure to catch up, and at the finish line she had to win decisive medal games. Fortunately, Sofia once again demonstrated excellent fighting qualities and confirmed her status as one of the strongest fast time control chess players in the world at her age.

The winner of both tournaments was the multiple world champion Umida Omonova from Uzbekistan, leaving no chance for her competitors. The level and speed shown by the champion left a strong impression and will serve as an excellent guide and example for the further improvement of our talented young chess player.

On our return from Greece, we were greeted with another piece of good news. Based on the results of a major international tournament, held in February in the Norwegian city of Kragero, Sofia Blokhin was awarded her next international title – Women FIDE Master!

Chess Club “Vector” congratulates Sofia on her double success at the World Championships and on her new title! We wish you new achievements and victories! 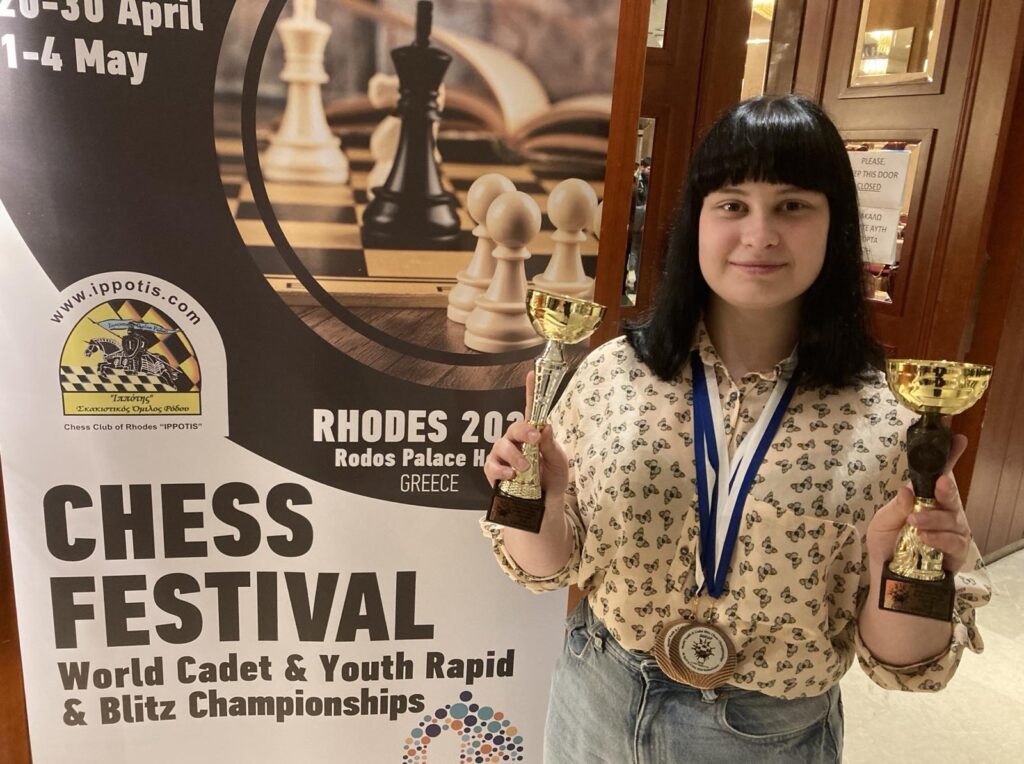 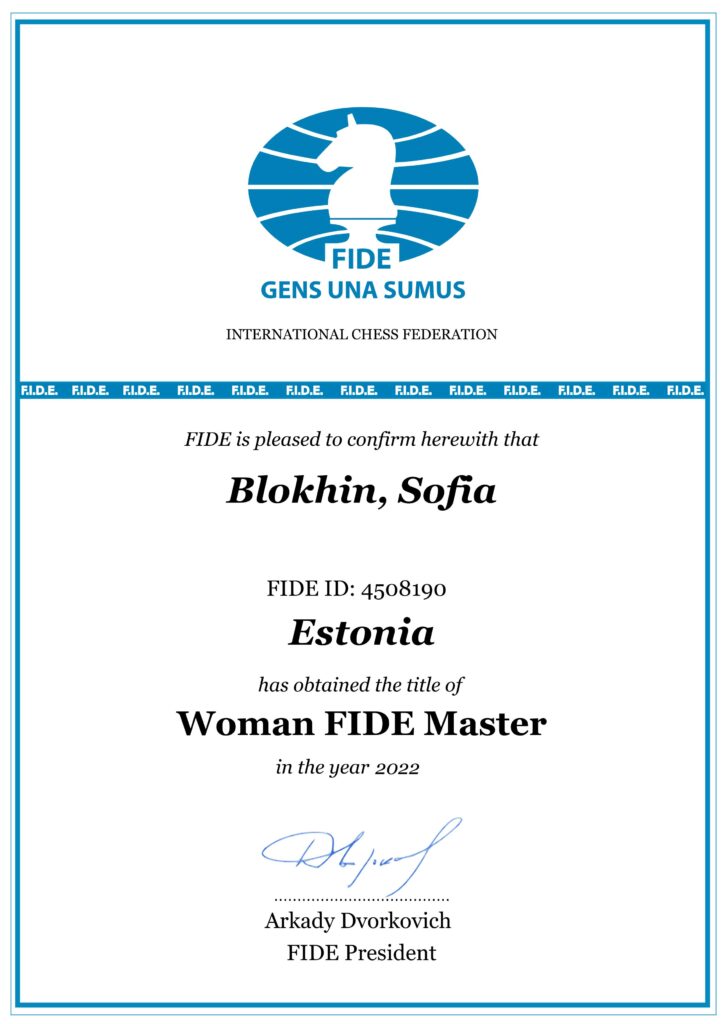 In the last days of December, our club and the whole Estonian chess community were presented with a wonderful New Year’s gift. Sofia Blokhin became European rapid chess champion among U-16 girls! European Youth Rapid and Blitz Championships were held in Novi Sad (Serbia) from 26 to 30 December and brought together chess players from 29 countries aged 8 to 18 years.

Sofia went through the whole tournament unbeaten, playing confidently and staying at the top board  after the sixth round and until the end of the tournament. On her way to gold, Sofia has beaten two female FIDE masters, and the final result of 8 out of 9 allowed her to break away from the nearest pursuer by a whole point. Silver was won by female FIDE master Kseniya Zeliantsova (Belarus), bronze – by Katharina Katter from Austria. The tournament table can be viewed here.

The blitz tournament was not so triumphant, but the seventh place at the European level is a worthy result, again the best in the Estonian team, which was represented by eight players in Novi Sad. No one else managed to get into the top 10, but the experience of  participating in such tournaments will certainly benefit everyone. Let us also mention Sophia’s brother, Georg Blokhin, who bravely fought in the category of under 12 boys and provided the most valuable moral support to his older sister.

Vector chess club congratulates Sofia with the title of European Champion! We are filled with pride and admiration and wish you new victories and achievements in the coming year! 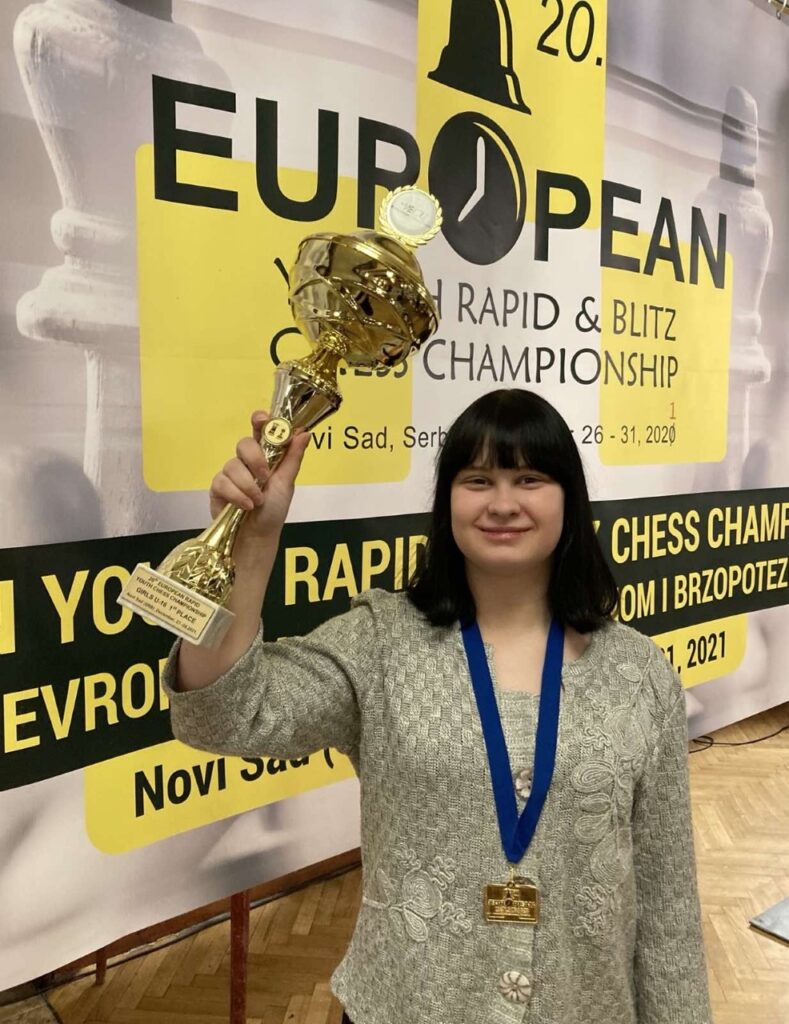 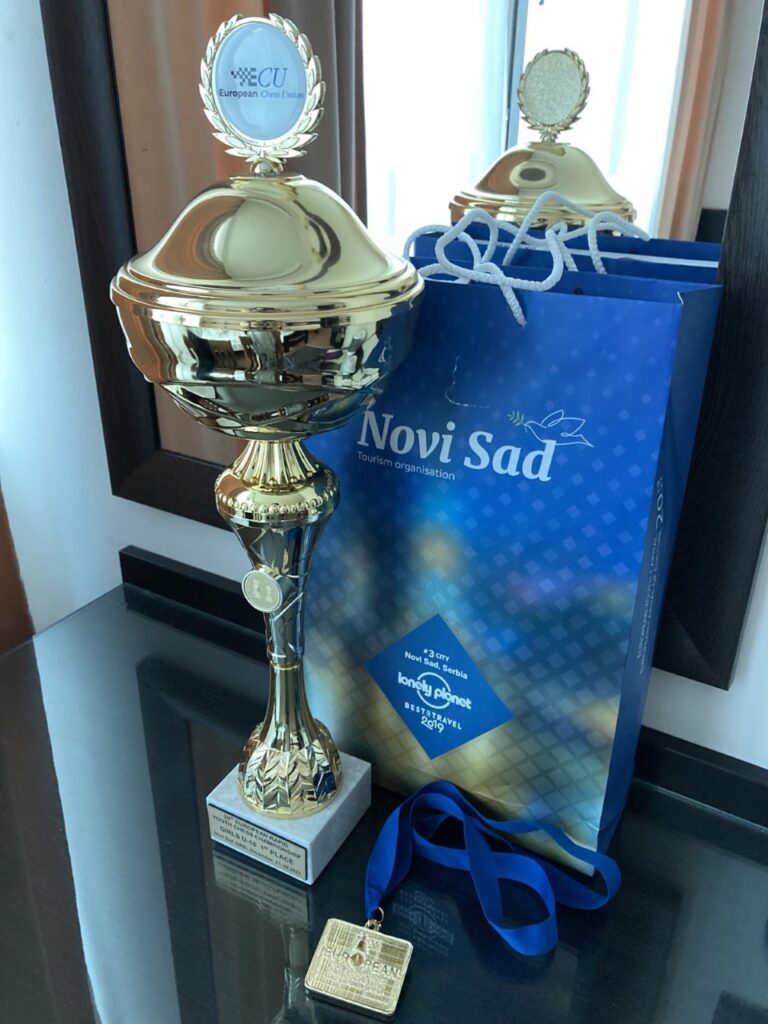 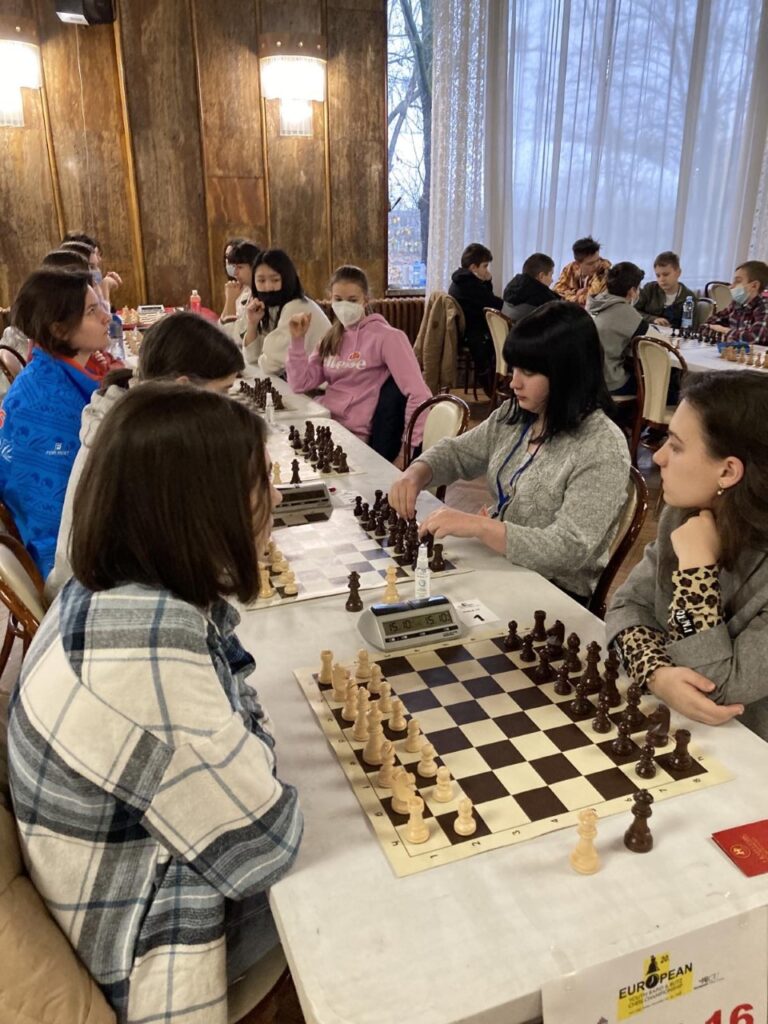 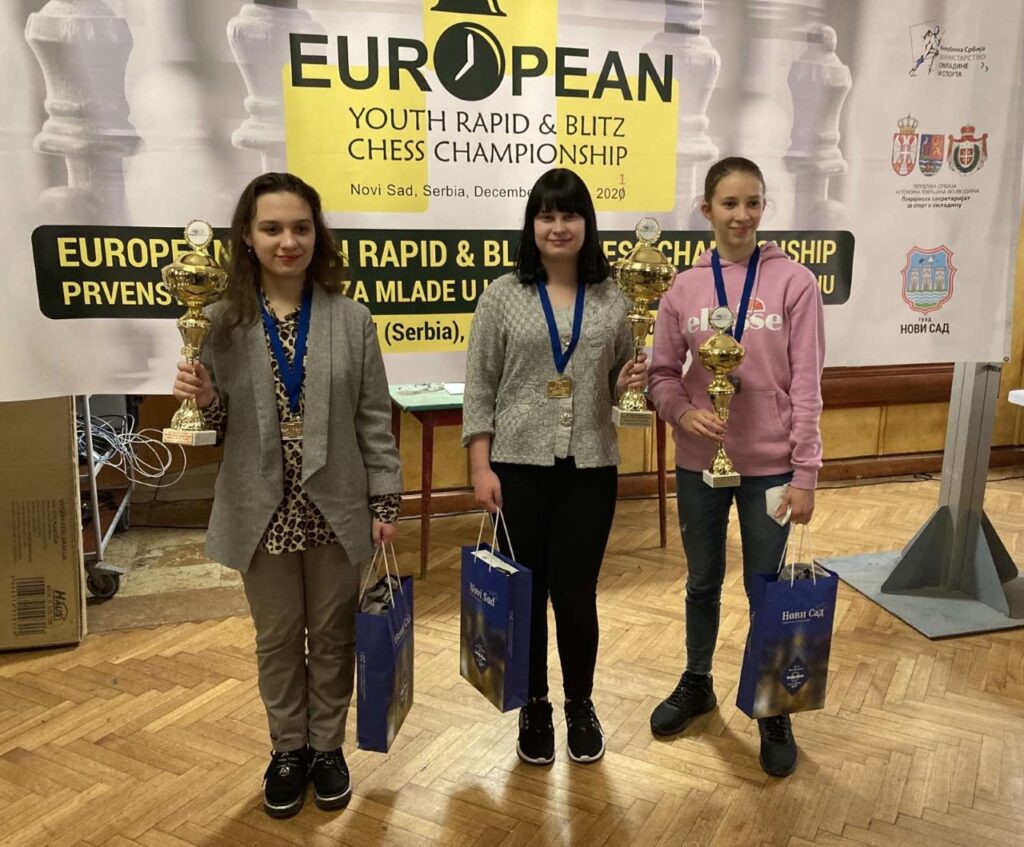 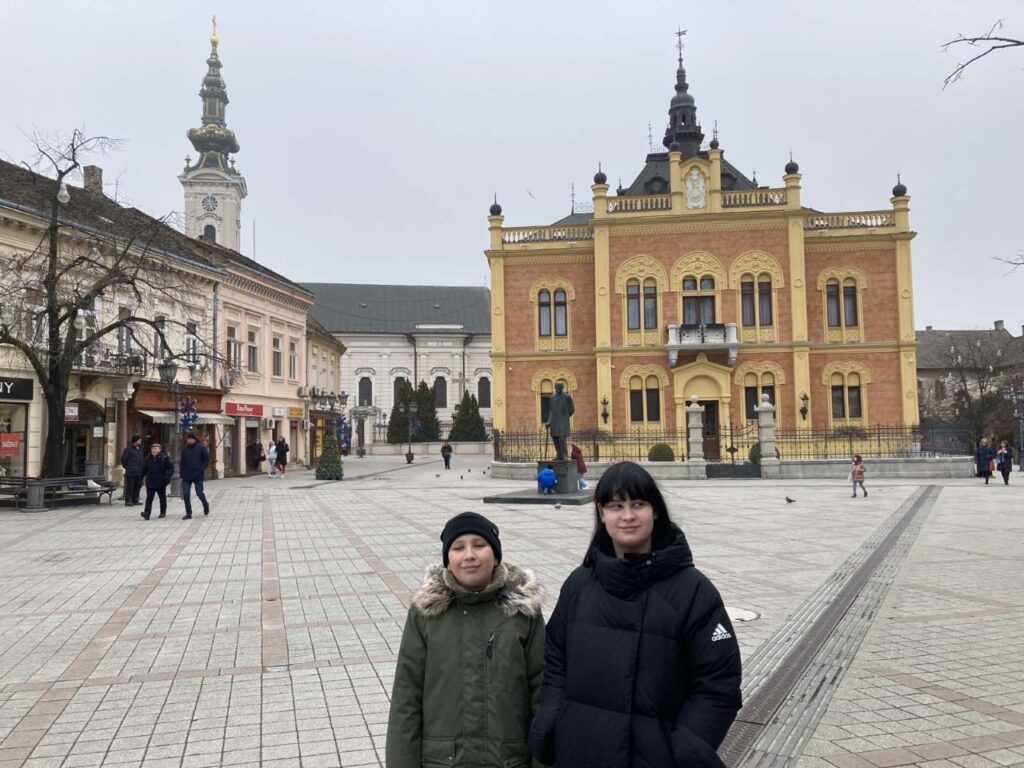 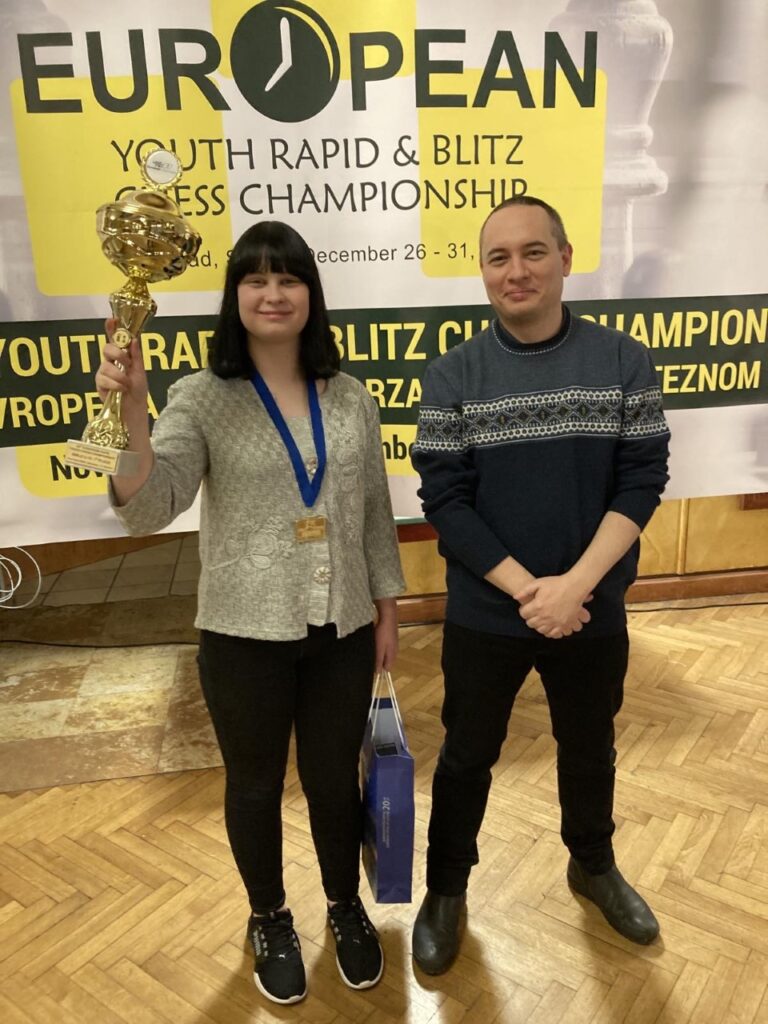 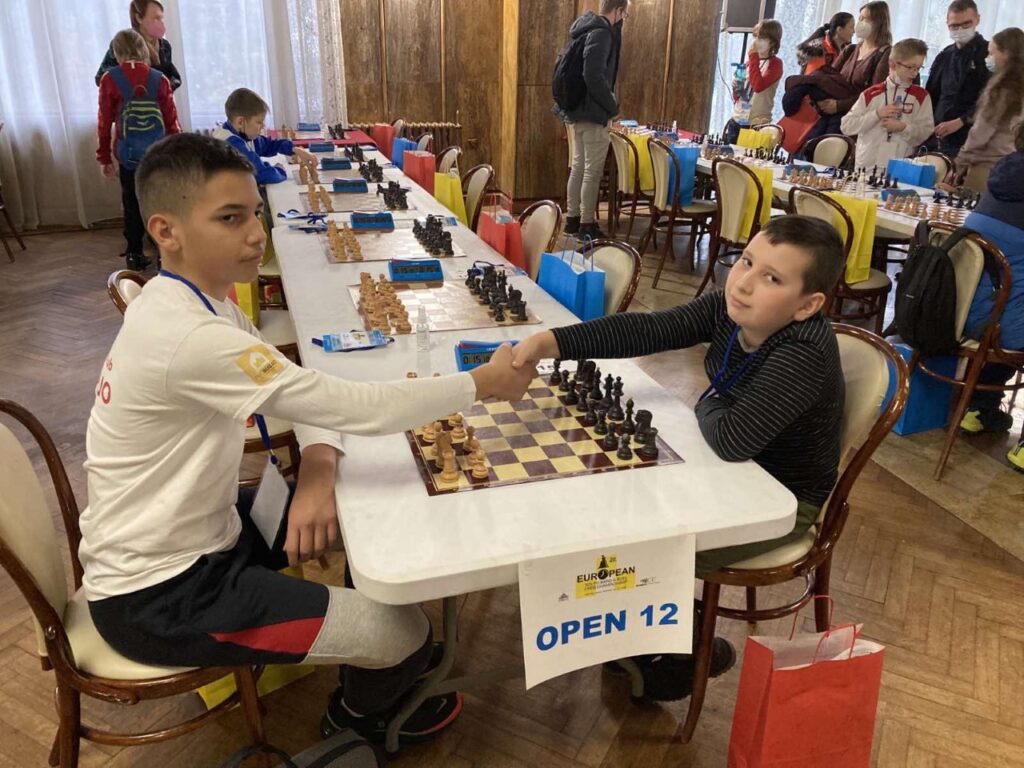 At the tournament that ended last Sunday in Lithuanian city of Plateliai, our club player Mikhail Cherentsov finished at the high overall 12th place out of 74 participants. He was awarded the second prize in U-12 age category. This international success is especially important because it came in a  tournament with classical time control. Such performances allow one to gain the necessary experience in playing decisive, important games for serious prizes and to get used to playing on a “foreign soil”. It was a great tournament, congratulations! 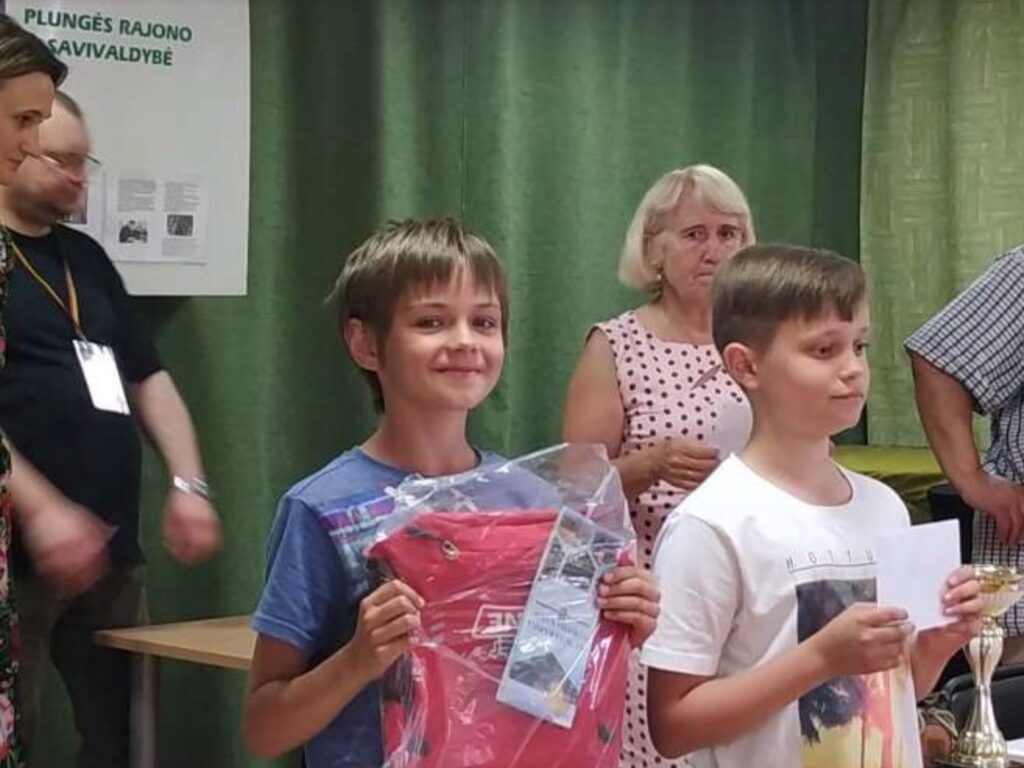 In Viljandi, from 6-th to 12-th July, a major international classical chess tournament took place – Ilmar Raua  memorial. Sofia Blokhin performed very well, taking points from several titled opponents and earning an increase in FIDE classical international rating of 83 points. In the same tournament, the medals of the U-20 Estonian championships were awarded and the finalists of the Estonian championship among women were determined. In a dramatic struggle with much older chess players, Sofia won a well-deserved bronze and qualified for the final of the adult championship, where places in the Estonian Olympic team will be competed for. Well done! 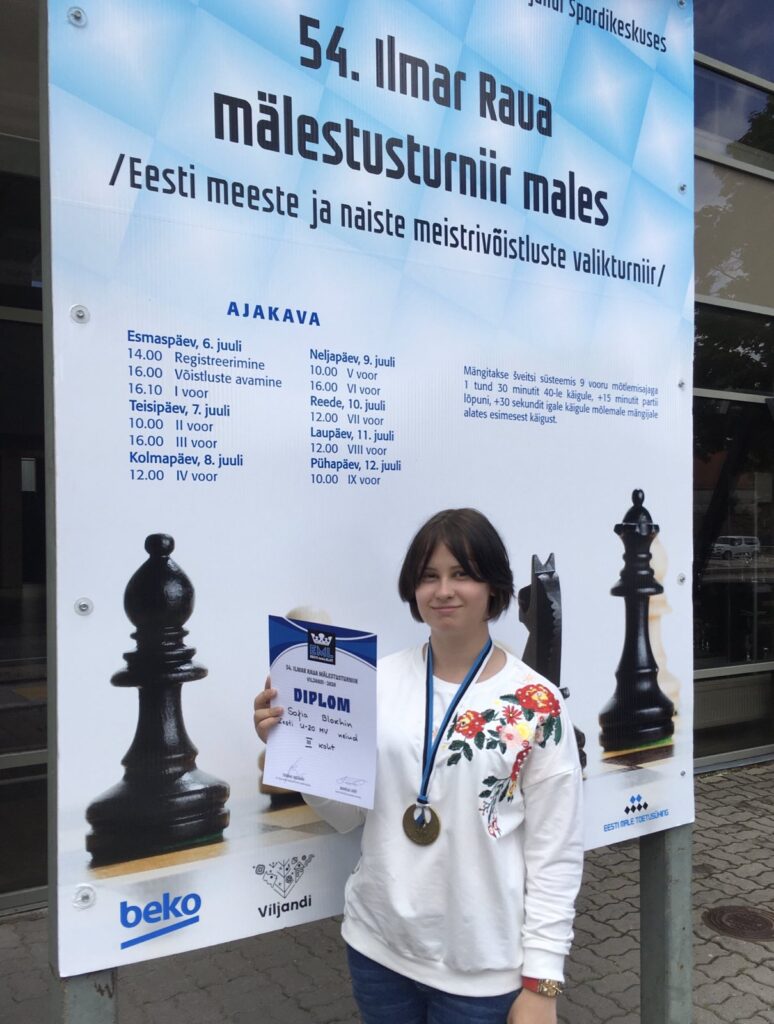 Great news came from the Cultural Endowment of Estonia Foundation. The Estonian chess champion Sofia Blokhin was among the most promising young athletes in the country to receive the Young and Talented Scholarship (Noor ja andekas). Congratulations! Many thanks to the Cultural Endowment of Estonia Foundation for the important support in Sofia’s preparations for the resumption of the tournament season and to the leadership of the Estonian Chess Federation for their help in preparing the application. 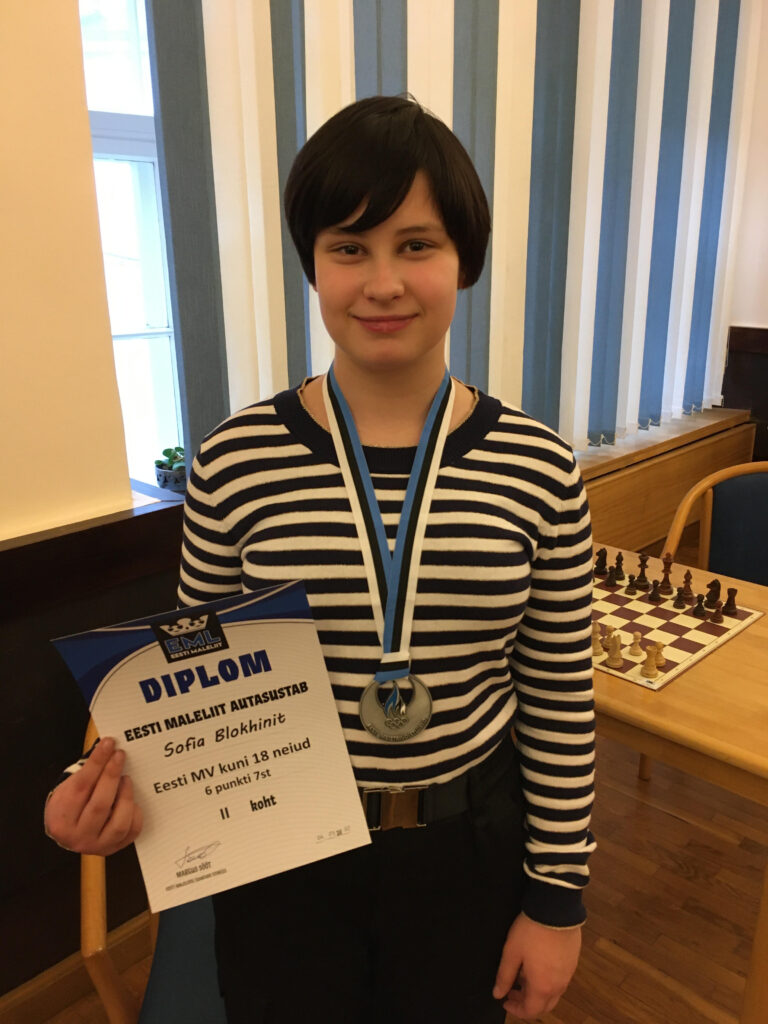